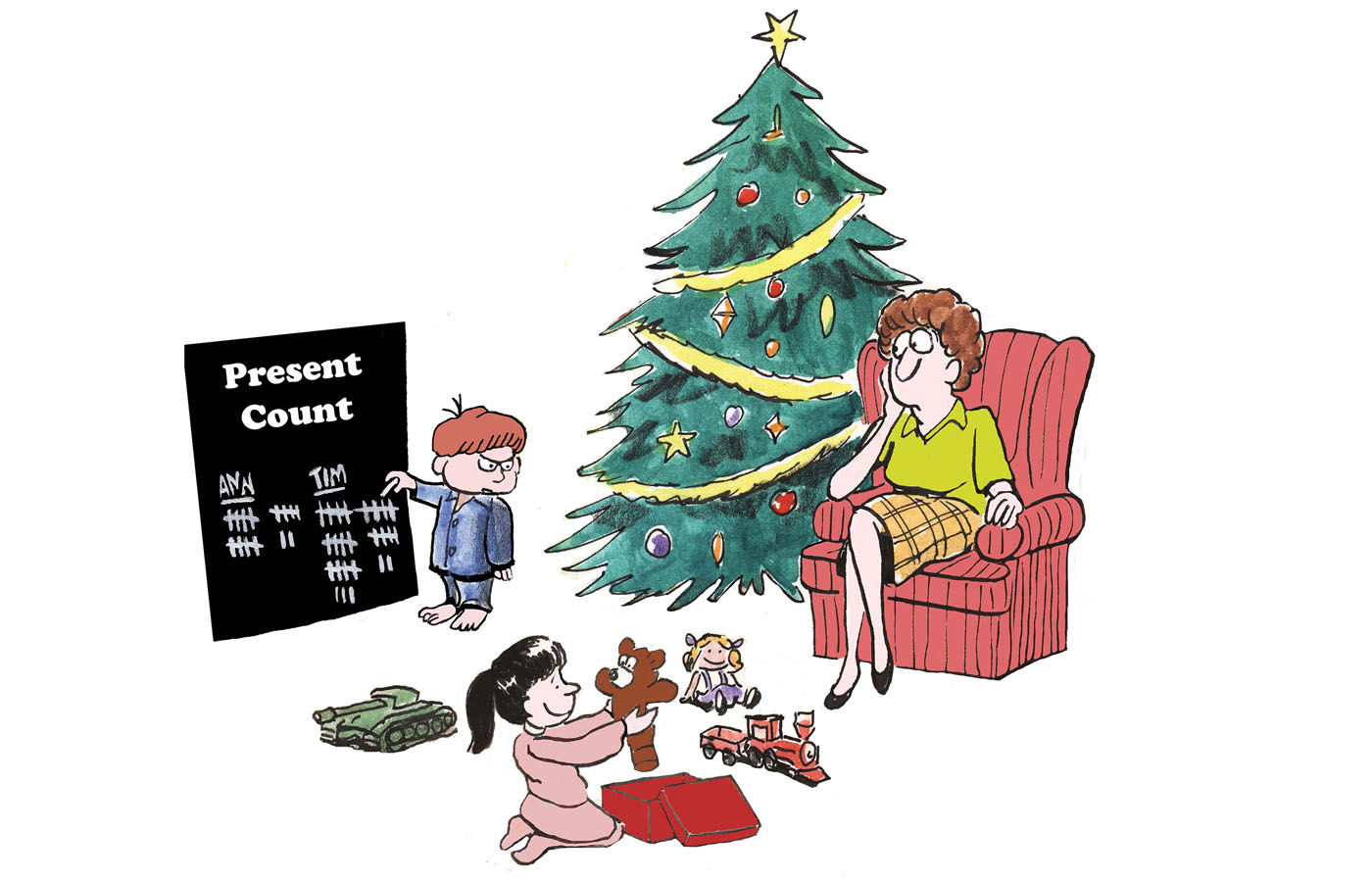 “You have four presents under the tree and I only have one!” a kid says disgustedly to his little brother. As sure as the sun rises each day, your kids are going to have sibling conflicts — many of them full of rivalry. It’s natural. It happens to all kids because they are all unique, with different personalities and tastes.

While adults (well, the majority of them anyway) know how to handle themselves without losing self-control, for young children it can be extremely difficult. Kids growing up have to learn to control their tendencies to stomp their feet, pull another’s hair or engage in any other ill-behaved activity.

But does your home have to be in constant turmoil because your kids can’t get along? Adele Faber, co-author of the bestseller, Sibling Rivalry: How to Help Your Children Live Together So You Can Live, Too (Collins Living; $13.99), says no. Faber says if sibling conflicts are creating what feels like a war zone in your home then perhaps it’s time for Mom and Dad to stop and take a look at what they are – or are not – doing about it. Faber says parents are simply rushing through their days with too much to do on their hands and skipping over the child management.

“Parents are more rushed and stressed than ever,” says Faber. “The pace of society has accelerated to a degree that it’s anti-parenting. Parenting takes time. Some people like to talk about quality time. They say, ‘It’s not how much time you spend with your child, it’s the quality of the time that counts.’ No. Not true. You can’t have quality without quantity. It doesn’t happen,” Faber says.

During the pandemic, families have had an excessive amount of quantity, straining the quality.

And parents want solutions fast. “The biggest sibling concern on most parents’ minds is, ‘What do I do when my children are fighting?’ There is no simple answer,” says Faber. “Every situation and each child is different. Factors such as the age of the kids and the nature of the fighting are important.”

So while one of the current school-of-thoughts is that parents should leave their kids alone to work out their problems on their own, some experts say that’s old thinking.

“Used to be kids fought to get a reaction from their parents,” writes Haim G. Ginott in the book Between Parent and Child (Three Rivers Press; $13.95), the best-selling book on parent and child communication. “But the true belief now is that kids need more than that from us. As siblings get older, they find more sophisticated ways of tormenting each other. It’s crucial that parents pay attention to this kind of hurtful behavior because it can have a far-reaching impact on self-esteem and outside relationships,” he adds.

Parents can act as coaches, gently guiding kids through their conflicts when the kids can’t work it out themselves, while also helping them hone the skills they need to communicate. But no matter what, Faber says, try not to rush matters.

“Parents want to fix things,” she says. “They can’t bear to see their children in conflict. What I’d like parents to know is that their kids don’t have to be constantly happy. The message in the home should be that your tears are as welcome as your laughter. I’ll accept you when you’re happy, sad, overwhelmed, discouraged, disappointed, frustrated and so on. I’ll take the whole, human you. You know, the more deeply you feel, the more human you become.”

The children are constantly squabbling and name-calling. When they’re not fighting over who sits where in the car, they’re arguing over who gets to use the Xbox first.

Lay down ground rules about how family members should treat one another, Faber says. Communicate clearly and often what your expectations are, otherwise, kids will behave as lawlessly as is allowed. Talk with your kids about what’s going on and how you expect their behavior to change.

You can say that while you can’t demand that they act like they love one another, you do require civility. There is such a thing as kindness without closeness. It’s a lesson that will go a long way in the outside world.

Emphasize that abuse of any kind won’t be tolerated. Pinpoint key conflicts and ask the kids to suggest guidelines – and the consequences for not following them. For example, you all might agree that commandeering the gamer control from a sibling automatically loses the bully an hour of playing time.

“Whatever you try, though, don’t do any of the things that pull them apart, like labeling them into roles as the “good” one or the “smart” one or by showing favoritism,” says Faber.

My daughter gripes that her kid sisters get to have things – like a later bedtime – that she never did. But my younger girls are more mature because their big sister blazed the way. Do we need to hold back on our younger girls on principle?

Treating kids equally is usually not possible says Ginott. What matters is that kids perceive that they are being treated fairly. Acknowledge your older daughter’s feelings, then speak candidly about why you’ve made the decisions you have, giving her a vote of confidence at the same time (“You handled these privileges so well, which is why we thought your sisters could handle them sooner”). Then ask if there’s anything she wants. “She might request a 12 a.m. curfew and you’ll need to go over why that may not be a great idea,” says Faber. Regardless, the point is that you treat her as an individual.

There are five years between my two boys who are 10 and 5. The younger one tries to keep up with the older one, and the older one gets annoyed.

Little brother is desperate for the older’s attention, says Fabre. And little brother is trying to establish an identity within the family so he’s aligning himself with someone who already has one. Bringing the two of them together to acknowledge their feelings is a good idea, too. But it’s also important for the 5-year-old to have plenty of playdates with children his own age so that he can be secure with who he is without feeling like he has to keep up with an older child. 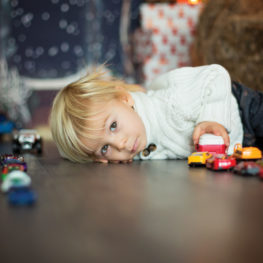 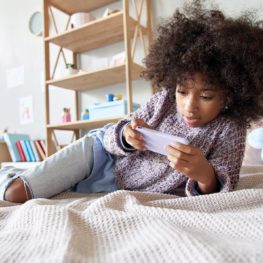 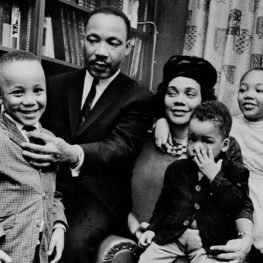 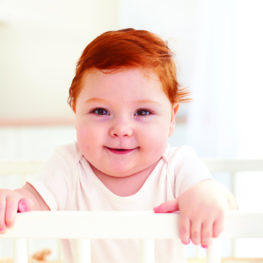