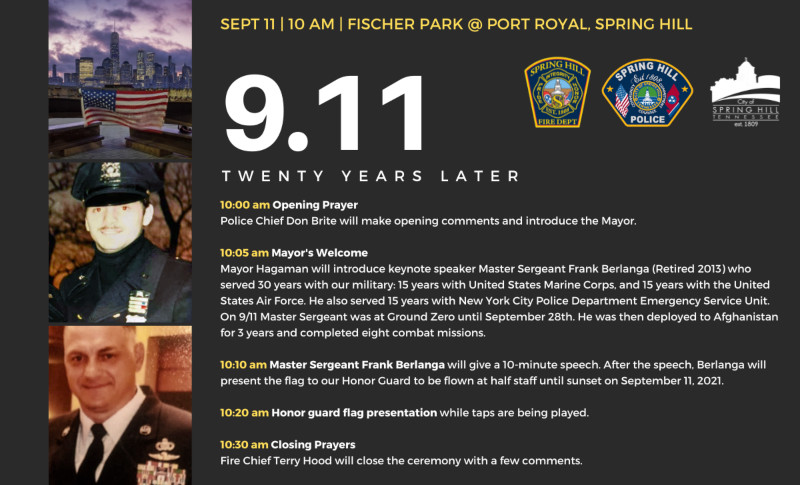 A special memorial service will be held at Fischer Park to commemorate the twentieth anniversary of the day and the events that changed our world.