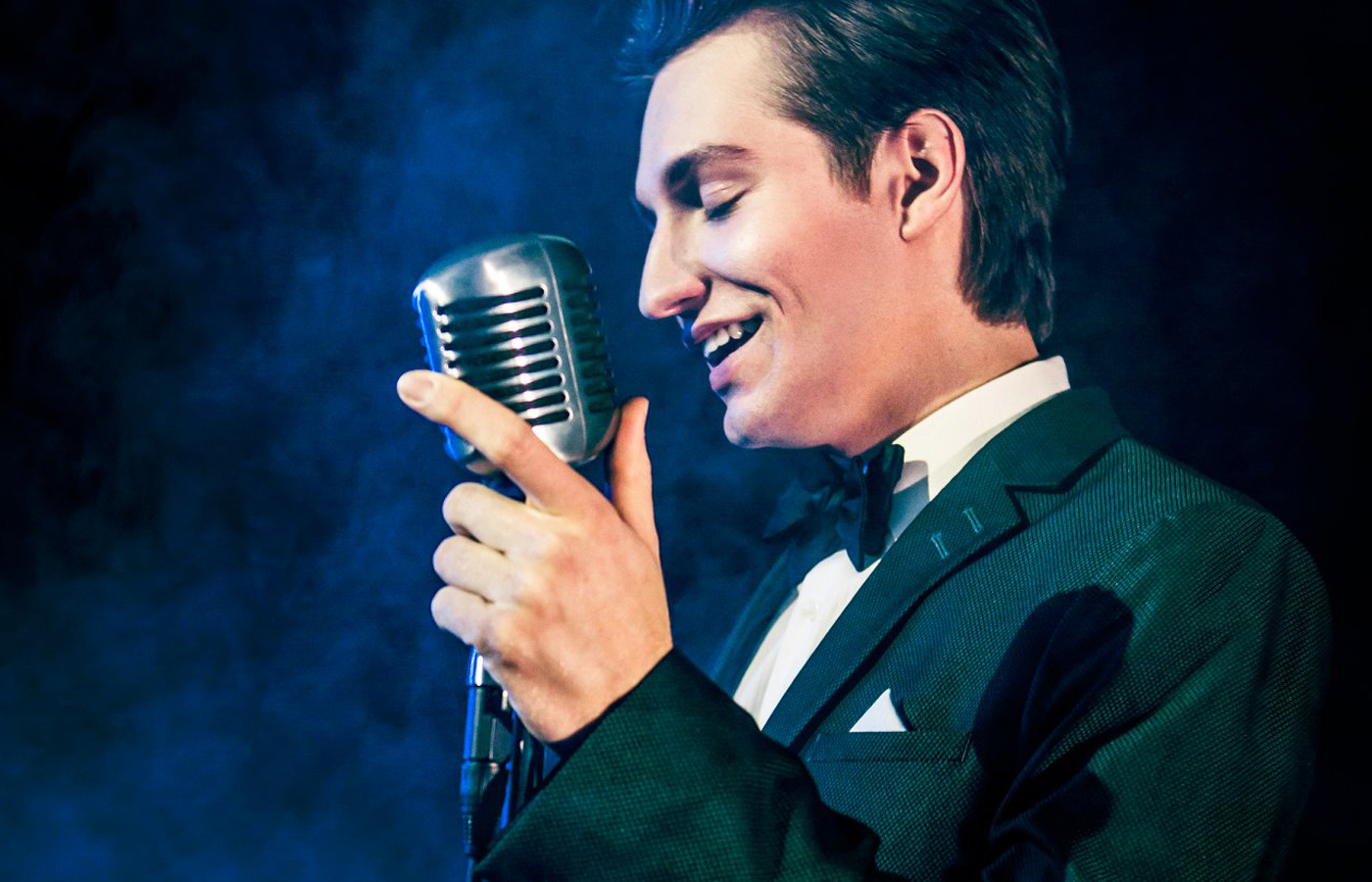 Here's a tip for you. When Studio Tenn announces it 2019 – 2020 season on Monday, March 18 and tickets go on sale, be sure to get your tickets in advance for next season's Legacy installment. Next season will be a tribute to a female artist for the first time in the company's musical tribute series. These particular Studio Tenn productions have been wildly popular; they've all been spectacular performances. These shows also sell out in advance, just like the current run of The Sinatra Legacy at the historic Franklin Theatre.

This season's musical send-up celebrates one of the most popular musical artists of the 20th century, Frank Sinatra. Known as "Ol' Blue Eyes," Sinatra's musical career began in the swing era, and the crooner is known for putting his stamp on myriad popular songs in the American Songbook. Sinatra was a significant artist in popularizing many of the great standards during his days in Vegas' 1950s as a member of the Rat Pack.

Speaking of 1950s' Vegas, Studio Tenn Technical Director Mitch White's elegant set design — enhanced by Stephen Moss' lighting design — hearkens to that bygone era with authenticity. The audience gets the feel of a classic Vegas establishment, and it's the perfect setting to serve the music.

Seven abundantly talented singers bring the songs to life. Performers familiar to Studio Tenn audiences include Laura Matula, Matt Giraud, Maggie Richardson and John-Mark McGaha. Four others make their Studio Tenn stage debut in The Sinatra Legacy. They include recording artist Jaimee Paul, William Hall and high-school student Shelby Jones, whom you might recognize from her performances with The Theater Bug.

From solo numbers to duets and group numbers, each artist delivers powerful and memorable performances full of passion, emotion and charm. Paul's dynamic vocal range shines with a rich luster during her renditions of "Angel Eyes" and her jazzy version of "I Get a Kick Out of You." Other standout numbers during the show include "Bésame Mucho" (McGaha and Hall), "Almost Like Being in Love" (Matula), "The Way You Look Tonight" (Matula), "The Lady is a Tramp" (Giraud and Matula), "It Had to Be You" (Giraud), "Luck Be A Lady" (Giraud, McGaha and Hall), "Love and Marriage" (Richardson), "Night and Day" (McGaha), "All or Nothing at All" (Jones) and the thriling performance of "That's Life" by all four women.

While all the performers are fantastic in this show, the bona fide standout is Hall. He's currently a Vanderbilt University junior studying business along with human and organizational development. Prior to Vandy, he attended the University of North Carolina Chapel Hill where he studied classical voice. Hall's classical training is evident. This fiercely gifted young man's strong voice is superbly stunning, and it deftly suits Sinatra's material to a T. Hall could easily have a career as a modern-day Sinatra. There's a robust depth and a smooth glide in his voice that is beyond mind-blowing. What a tremendous talent! Favorite numbers Hall performs include "Come Fly With Me," "Fly Me to the Moon," "A Lover is Blue" and "I've Got the World on a String."

The entire cast ends the show with soul-stirring renditions of two of Sinatra's most-cherished signature songs: "My Way" and "New York, New York."

Bravo to Studio Tenn for delivering such a magnificent, memorable entertainment experience. Be sure to get tickets for next season's Legacy show as soon as they go on sale so you don't miss out on a fantastic experience. Look for Studio Tenn's season announcement on Monday, March 18 at studiotenn.com. By the way, Kern already let the Sinatra crowd know that Mamma Mia will be next season's opening musical.