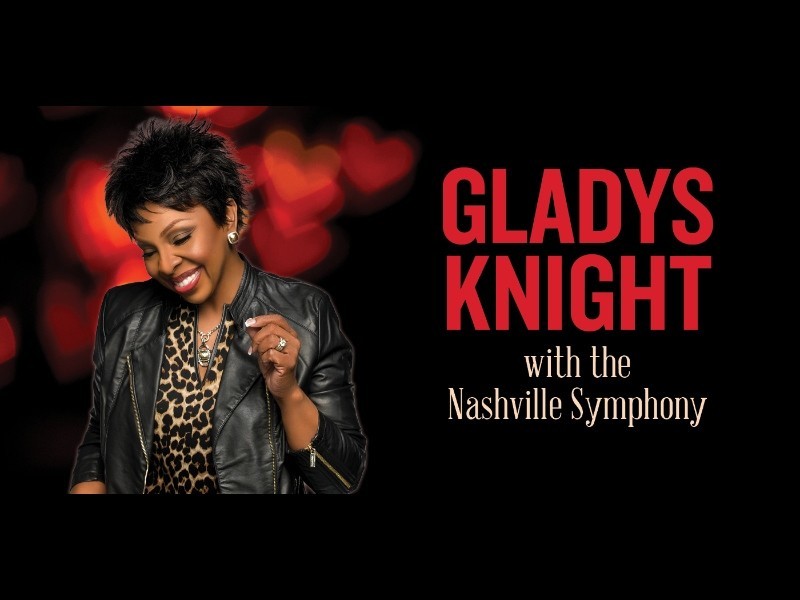 The great ones endure, and Gladys Knight, best known as the “Empress of Soul” and leader of The Pips, has long been one of the greatest. Very few singers over the last fifty years have matched her unassailable artistry. Now, the seven-time Grammy Award winner will make her stop at Nashville’s Schermerhorn Symphony Center on February 14, 2023 at 8 p.m.

Gladys Knight and The Pips have recorded some of the most memorable songs of the 1960s, 1970s and 1980s. Top 20 hits, like “Every Beat of My Heart,” “Letter Full of Tears,” “I Heard it Through the Grapevine” and “If I Were Your Woman,” set the stage for an amazing run in the mid-1970s, with Top 10 gold-certified singles like “Neither One of Us (Wants to be the First to Say Goodbye),” “I’ve Got to Use My Imagination,” “Best Thing to Ever Happen to Me” and the #1 smash “Midnight Train to Georgia” established Gladys Knight and The Pips as the premiere pop/R&B vocal ensemble in the world.

In 1995, Knight earned her star on the Hollywood Walk of Fame, and the next year, Gladys Knight and The Pips were inducted into the Rock ‘N’ Roll Hall of Fame. Knight published an autobiography, Between Each Line of Pain and Glory, in 1997, and the next year, she and The Pips were presented with the Lifetime Achievement Award from the Rhythm & Blues Hall of Fame. In 2004, Knight received the “Lifetime Achievement Award” at the annual BET Awards ceremony.

A humanitarian and philanthropist, Knight has devoted her life to various worthy causes, including the American Diabetes Association – for which she is a national spokesperson, the American Cancer Society, the Minority AIDS Project, amFAR and Crisis Intervention, and The Boys and Girls Club. She has been honored by numerous organizations as well, including the NAACP Legal Defense Fund, Congress of Racial Equality (CORE), B’Nai Brith, and is a recent recipient of BET’s Lifetime Achievement Award.

More info can be found at nashvillesymphony.org/gladysknight.