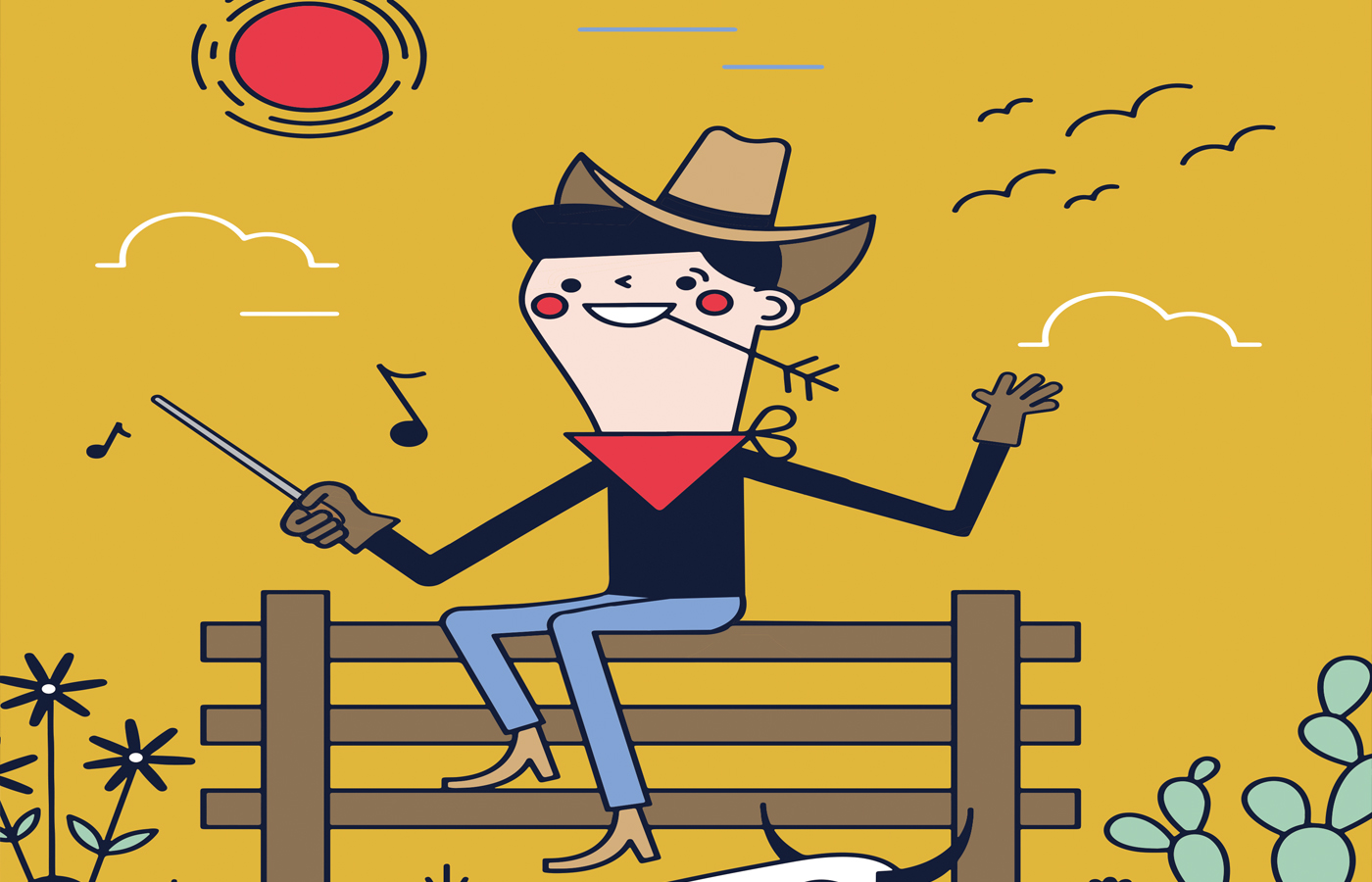 The Nashville Symphony has a lush lineup of concert fun for your family this month with three different shows. Two of them are Pops Series installments taking audiences to Ireland and the world of '70s disco, and the third is a Family Series concert calling all kids to the wild, wild West on a search for gold. Nashville Symphony Principal Pops Conductor Enrico Lopez-Yanez oversees and leads all three of the shows.

What better musical glide into St. Patrick's Day can there be than the Nashville Symphony performing with world renowned Celtic Journey? It's a fusion of music and stories featuring legendary Irish raconteur Tomasseen Foley, plus local kids dancing on the Schermerhorn stage from the Scott-Ellis School of Irish Dance.

"The unique thing about this show is the journey," says Lopez-Yanez. "There are these great, classic Celtic songs, and having Tomasseen's storytelling lets us dive into the culture in a unique way. It's not just us playing the greatest hits of this culture. We're transporting the audience through history," he adds.

Expect plenty of foot-tapping tunes and heart-wrenching classics like "Danny Boy" that provoke beautiful emotional places throughout the musical experience.

"My hope is that we bring to light the beauty that is Irish and Celtic music. It will be a multi-sensory experience of the visual paired with the narrative of stories coming across from the music," says Lopez-Yanez.

This Family Series concert calls all kids to hop aboard the wagon trail for a journey into America's Wild West on a quest to find gold. Join Rico the Roughrider on a musical discovery of some of America's best composers like John Philip Sousa, Aaron Copland, Rossini, Anderson and others.

"This is a tremendous introduction to American composers for kids," says Lopez-Yanez. "The show's premise takes us back to the age of the Gold Rush. My character, Rico the Roughrider Lopez, is looking for adventurous young folks to join him on the trail across America in search of gold. Along the way, we come across bandits and wild buffalo. We have to cross the Colorado River, and there are lots of obstacles in the way we have to conquer in order to get to California," he adds.

It's a sensory-friendly concert that also invites the audience to sing, move, clap and be interactive on all counts. "It's not an uptight experience," says Lopez-Yanez.

"My goal in the Family Series productions is to entertain the audience and get them excited about the orchestra. I'm much less interested in educating an audience in terms of dates in which a composer was born or the opus number of the piece. I could care less if they remember those things," says Lopez-Yanez. "What is really important to me is that we have a big entertaining experience together and that kids hear great music performed by the orchestra and go home excited about coming back again," he adds.

Exposing young audiences to classical music in a highly theatrical and entertaining manner helps accomplish that, and Nashville Symphony excels in that arena with its Family Series.

If you're taking your kids to the show on Saturday, be sure to arrive an hour early. Starting at 10 a.m., there will be an assortment of free activities for ticket-holders, including the wildly popular musical instrument petting zoo where kids get to have a hands-on experience with a variety of instruments. In addition, there are crafts, stories, games and other fun.

DISCO FEVER WITH THE NASHVILLE SYMPHONY

When it comes to music genres, there's none more joyful than disco. Get ready to boogie. The Nashville Symphony celebrates the sounds of the late '70s with orchestrations written and arranged by Lopez-Yanez. In fact, this production marks a first for him and the Nashville Symphony.

"This is a uniquely fun experience for me personally, because I'm actually the one creating and writing all of the arrangements for the show, and this will be my first time writing a complete show," he says. "This is the first pops concert that the Symphony is building from the ground up. It hasn't been done anywhere else, so this will be the premiere production of this kind of disco show that no one's heard before," he adds.

Disco music has a definitive staying power and an energy like no other, and Lopez-Yanez aims to capture that for his family audience in Nashville.

"There's a positivity and joy in disco music that other genres don't have. The vast majority of the songs are fun and exciting, exploring love and the joys of life, and wanting to dance and have a good time," says Lopez-Yanez.

Expect lots of energetic beats and grooves as the Nashville Symphony cranks out several favorites sure to get you on your feet with numbers from Donna Summer, the Bee Gees, K.C. and the Sunshine Band, Sister Sledge, Gloria Gaynor, Van McCoy, The Weather Girls and more.

POPS SHOWS ARE FUN FOR KIDS, TOO!

Music is such a universal language, regardless of the genre. Lopez-Yanez's choices in putting together the Nashville Symphony's Pops Series aims to be inclusive of all ages.

"I'm trying to create a season that speaks to all ages and interests. Like the Celtic show. We have a local school of dance participating, which is full of children. How exciting for kids to come and get to see people their own age onstage performing with the Nashville Symphony!" Lopez-Yanez says.

"Or with the the Disco show, it's all about dancing and having a good time, and what kid doesn't want to get up and dance around listening to great music? It's all about enjoying the orchestra, whether you're 90 years old or younger than 10," he adds.

For more info about the Nashville Symphony and the rest of it's concert lineup, call 615-687-6400 or visit nashvillesymphony.org.