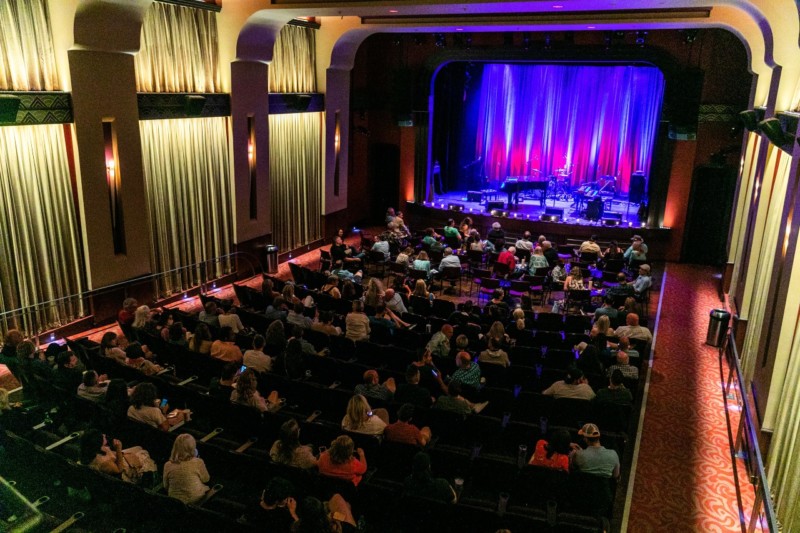 The Heritage Foundation of Williamson County, TN, the parent company of The Franklin Theatre, is excited to invite fans and supporters of the beloved Franklin Theatre to a night of celebration being held Saturday, August 7.

Sponsored by Jackson National Life Insurance Company® (Jackson), the event will celebrate 10 years since the rehabilitation and reopening of the historic theater that has been a presence on Franklin’s Main Street since 1937. Through the power of dynamic sound and visuals produced by Matt Logan Productions and the premiere of the theater’s mini-documentary film produced by Stonecastle Pictures, attendees will be able to relive the last 84 years of the theater’s storied history combined with a glimpse of what’s to come for the future of the theater.

“If the pandemic gave us anything positive to take away, it gave us the time to focus on and plan for a truly dynamic event to celebrate the 10thanniversary of The Franklin Theatre’s reopening,” said Heritage Foundation CEO Bari Beasley. “Thanks to our sponsor, Jackson, we’ve been able to create an amazing mini-documentary and have lined up an impressive night of entertainment to really celebrate what this theater means to all of us and to the city of Franklin.”

The Franklin Theatre opened its doors for the first time during the summer of 1937 when the marquee first illuminated Main Street. Moviegoers enjoyed fresh popcorn, afternoon matinees and walked away with a lifetime of memories.

Over the next 70 years, the world changed a lot – but The Franklin Theatre stood as a testament to a simpler way of life. Time eventually took its toll on the venerable movie house, and the doors closed in 2007 under the pressing of rising rents and the trend toward mega-theaters.

The Heritage Foundation of Williamson County couldn’t allow Main Street’s crown jewel to cease to shine, so the nonprofit preservation organization stepped in to buy and rehabilitate the historic landmark. After three years of work – and an investment of more than $8 million – the historic Franklin Theatre re-emerged better than ever.

To herald this milestone, The Franklin Theatre is presenting a 10th Anniversary Celebration on August 7, 2021, which will serve as a key fundraiser for the theater in this year of post-pandemic recovery. The evening will begin with an outdoor reception on Main Street at 6 p.m. Theater doors open at 7 p.m. and the show will begin at 7:30 p.m. with a performance created by Matt Logan Productions, featuring iconic song selections that reflect the theatre’s past, present and future.

Proceeds from the cocktail attire 10th Anniversary Celebration go to support the ongoing mission of The Franklin Theatre, which is a nonprofit, community-focused theater destined to create lasting memories through the power of the arts.

Tickets for the formal celebration range from $150 – $500. For additional information about the event, visit: www.franklintheatre.com or call the box office at 615-538-2076.