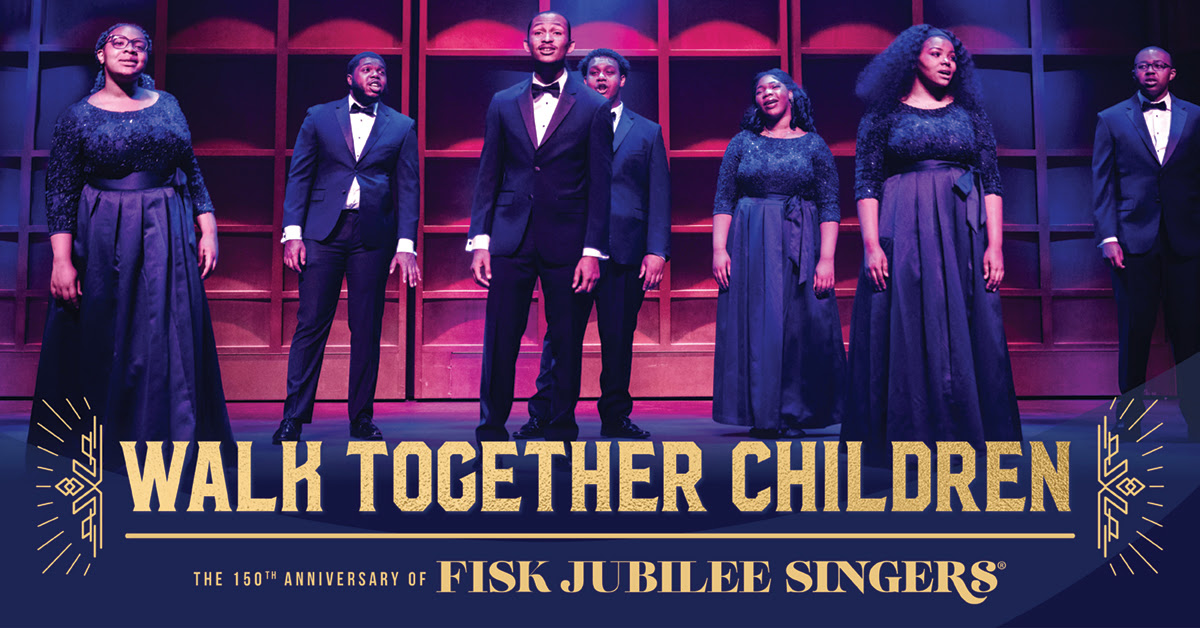 Tennessee Performing Arts Center (TPAC) will present Walk Together Children: The 150th Anniversary of the Fisk Jubilee Singers, a performance film featuring the multi-award-winning and world-renowned Fisk Jubilee Singers, for free to student audiences April 29 – May 14 as part of its annual Season for Young People.

Created in collaboration with Musical Director Dr. Paul T. Kwami and producer/director Jon Royal, the film also will be available to the public for $20 via Vimeo On Demand during the same time with proceeds split between TPAC’s nonprofit mission and the Fisk Jubilee Singers Endowed Scholarship Fund.

In the film, Dr. Kwami and his current students pay tribute to the original nine members of the Fisk Jubilee Singers and reflect on their roles as students and preservers of this rich legacy. By exploring the personal stories of the trailblazers who paved the way for future generations of this world-renowned ensemble, they invite viewers to learn the significance of the Negro Spirituals and their values in today’s culture and share in the unique bond of this special choral ensemble.

“Our collaboration with Tennessee Performing Arts Center is the longest educational program we’ve had during my tenure as Musical Director of the Fisk Jubilee Singers,” says Dr. Kwami. “The filming and distribution of this project now enables us to share our rich history and unique music with people around the globe.”

In addition to commemorating the 150th Anniversary of their founding with a year-long celebration of events, the world-renowned choral ensemble is celebrating its 2021 GRAMMY® for Best Roots Gospel Album for their recently released album, “Celebrating Fisk! (The 150th Anniversary Album),” produced with Curb Records.

The album is a collection of 12 songs that beautifully represent the powerful and vibrant history of Fisk University and the Fisk Jubilee Singers. It features the ensemble performing from the stage of Nashville’s Ryman Auditorium with guest appearances by Ruby Amanfu, Keb’ Mo’, CeCe Winans and more.

Walk Together Children: The 150th  Anniversary of the Fisk Jubilee Singers is produced by Jon Royal and Dona Spangler and features narration by Persephone Felder-Fentress and costume design by Loretta Harper. The film features script and creative direction by Dr. Kwami for the development and teaching of the “Portrait concept.”