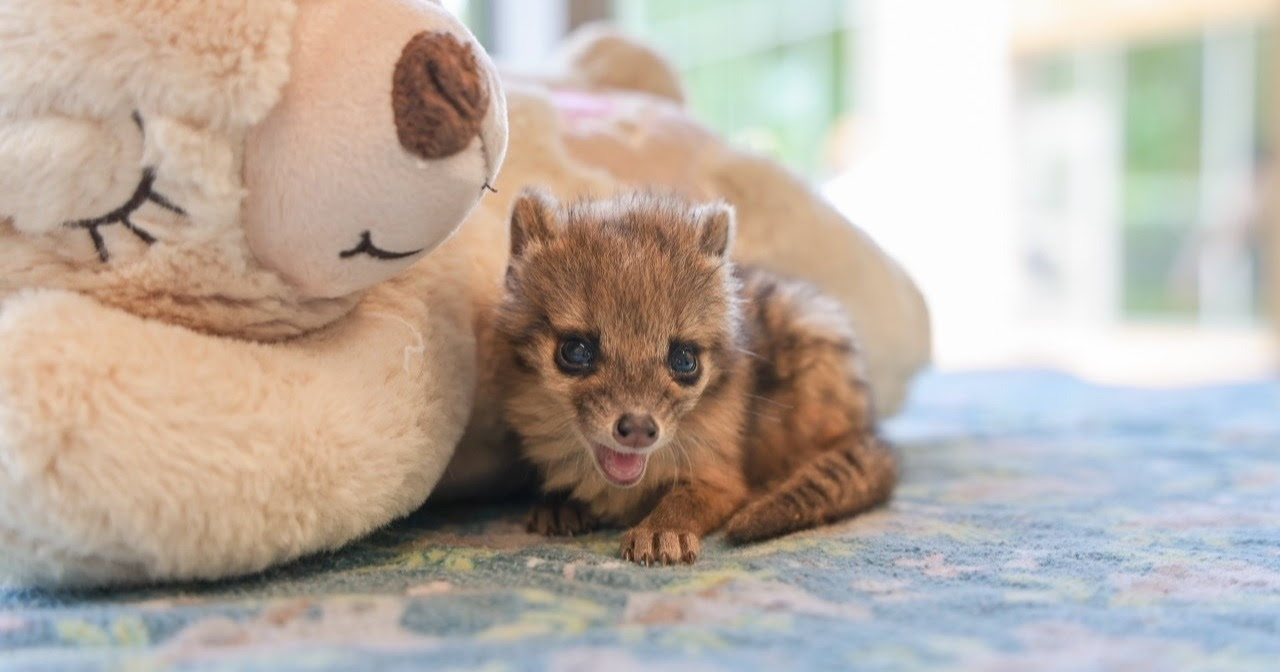 Nashville Zoo is excited to announce the birth of a spotted fanaloka and the hatching of a king vulture. Both can be seen in the neonatal care rooms at the Zoo’s Veterinary Center. This is the first known spotted fanaloka to be born in the United States according to the Associations of Zoos and Aquariums (AZA) database and the first king vulture hatching at Nashville Zoo. 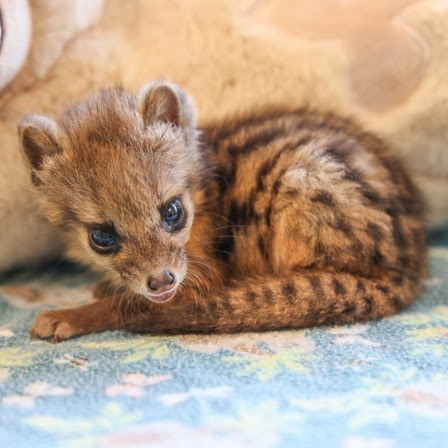 On April 29, Nashville Zoo welcomed the very first spotted fanaloka to be born in the United States. The male pup is being hand-reared by the Zoo’s veterinary staff and is alert and healthy.

He was born to a pair of fanaloka that recently arrived at the Zoo and are being cared for in an area away from public view. The three fanaloka, including the baby, are the only known members of its species that live at an AZA facility in the US. Nashville Zoo is working to breed and conserve them in an effort to bring attention to this lesser-known species.

Fanaloka (Fossa fossana) are native to the lowland and rainforest areas of Madagascar and listed as vulnerable according to the International Union for the Conservation of Nature due to habitat destruction. This small nocturnal species is considered the second-largest predator in Madagascar. The fanaloka’s diet includes small mammals, reptiles, aquatic animals, bird eggs and insects. 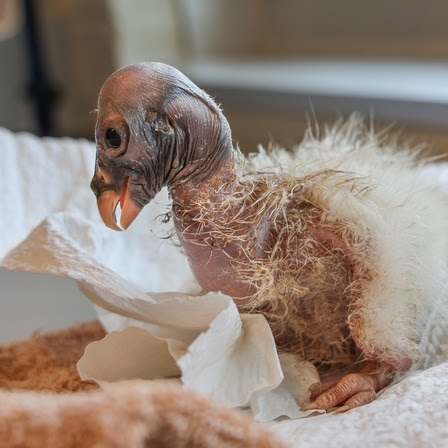 Nashville Zoo celebrated its first king vulture hatching on May 7. The chick is being hand-reared and is staying in the avian neonatal care room at the Zoo’s Veterinary Center.

The chick was born to a pair of vultures, Bonita and Guapo, that live behind the scenes. Once the chick is full-grown, it will become an ambassador animal at Nashville Zoo to help educate the public about its species.

King vultures (Sarcoramphus papa) are native to the forests and tropical lowlands from southern Mexico to southern Argentina. These birds are the second largest of the New World vulture species, behind condors. King vultures are scavengers eating primarily carrion and use their excellent eyesight and smell to locate their food.

Although these birds are listed as least concern to extinction according to the International Union for the Conservation of Nature, king vulture populations are declining in the wild due to habitat loss. Nashville Zoo works closely with The Rainforest Awareness Rescue and Education Center (RAREC) to develop community outreach programs designed to help protect these habitats.