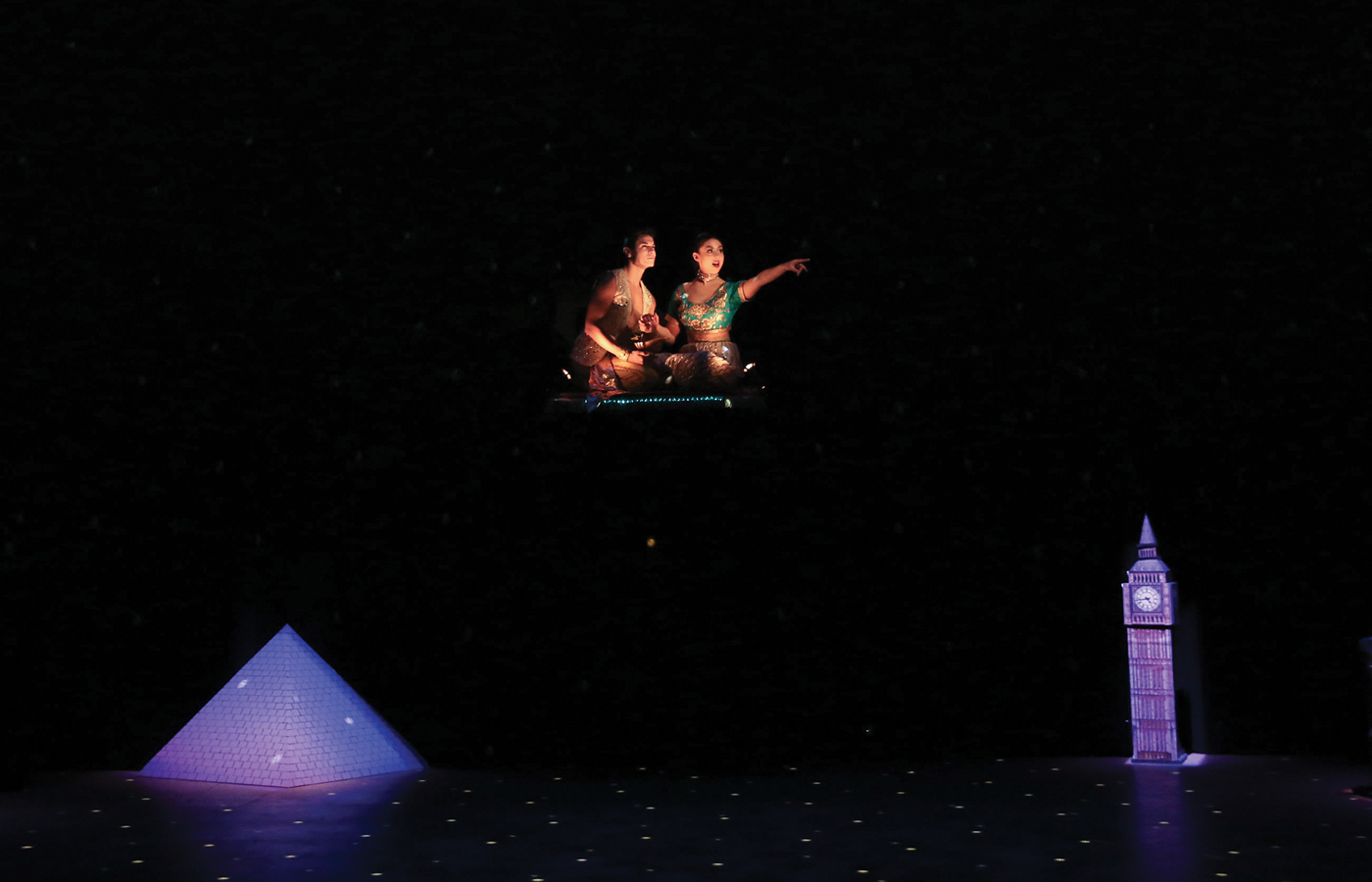 Last December, TPAC did something brand new by teaming up with Lythgoe Family Panto to create a new holiday experience for Nashville families. The result was Peter Pan and Tinker Bell: A Pirate’s Christmas. It introduced lots of families to the magical, interactive realm of panto and quickly became one of 2018’s biggest holiday hits.

The Lythgoe/TPAC collaboration is back this year with a new show, Aladdin and His Winter Wish. This year’s production pulls in Nashville Children’s Theatre’s Executive Artistic Director Ernie Nolan to direct the show.

“This is my first offical panto production,” says Nolan. “Panto is a style of theater that is usually a classic story remixed for a contemporary audience with contemporary music and a present-day vibe. The environment is a mix of a musical and an in-the-moment experience like improv,” he adds.

The show invites kids in the audience to involve themselves in the action.

“In panto, the audience is a character and is very much a part of the experience by way of participation,” says Nolan.

It’s an all-ages experience, and the story has one foot in the classic tale while giving it a twist.

Chattanooga, Tennessee, native Damon J. Gillespie stars as Aladdin. His Broadway credits include Newsies and Aladdin. In addition to other regional theater roles, the 25-year-old also has a track record on TV, including NBC’s Rise, Empire and The Society. He also has a new show coming to Netflix in  2020 called Tiny Pretty Things. He’s excited to come back to his home state this month to bring holiday magic to local families.

“I’ve never done something like this before,” says Gillespie. “I’ve done interactive shows before where I get to break the fourth wall, but nothing like this,” he adds, noting that this will be his third rendition of Aladdin (he also performed in a version of the show in middle school).

Gillespie says you can count on a lot of fun and magic and that the show’s music includes oldies and newbies that are fan favorites, and he can’t wait to share them all with everyone. Gillespie has his own wish when it comes to kids in the audience.

NASHVILLE PARENT NIGHT!
Thursday, Nov. 19 is Nashville Parent night at Aladdin! Save 15 percent off tickets that night only by using promo code NASHPARENT. Stick around after the show for an exclusive talkback with the cast.