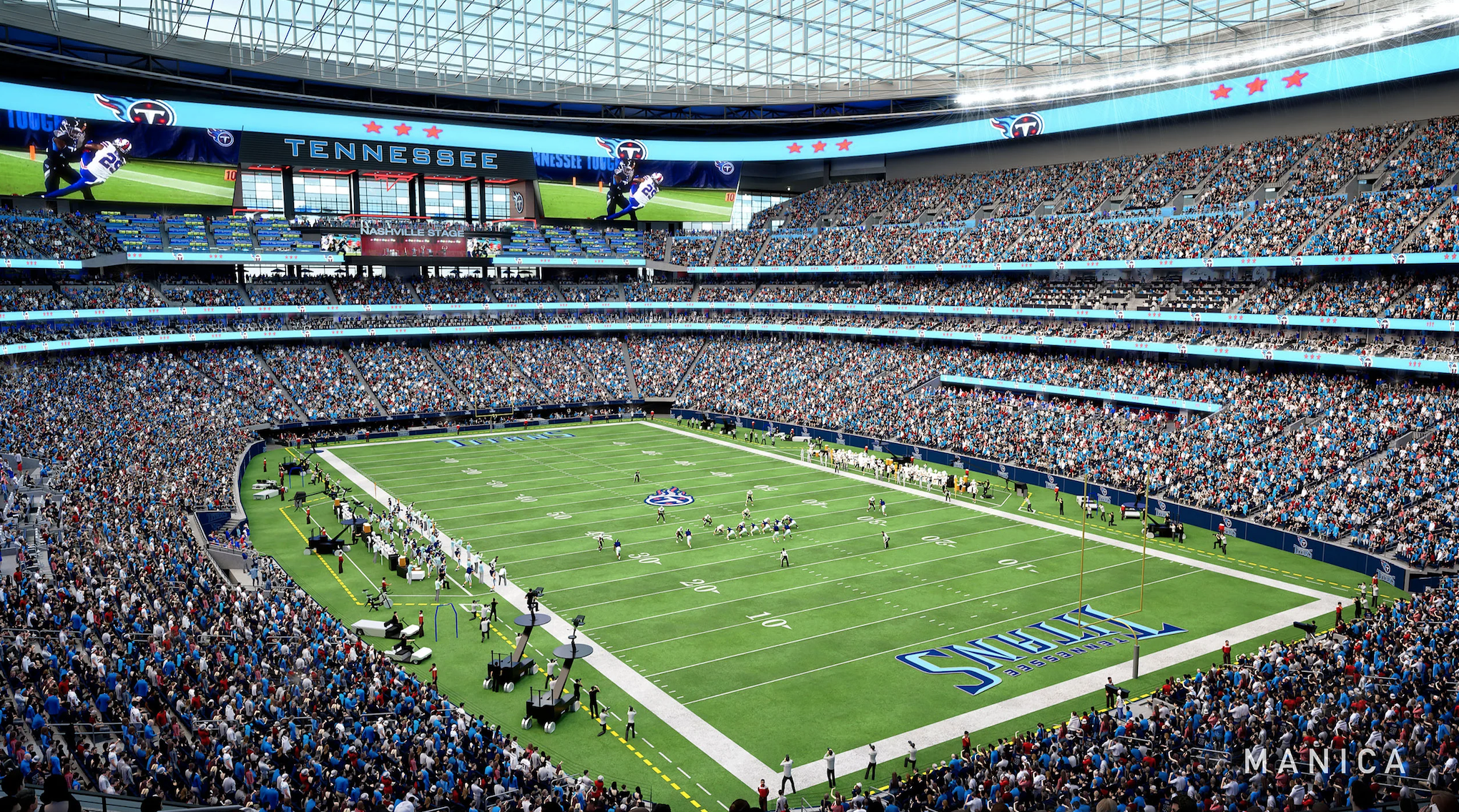 The Tennessee Titans shave officially shared renderings of its potential new stadium, which would encompass 1.7 million square feet with a capacity of approximately 60,000. The renderings follow last week’s announcement that the team and the City of Nashville had reached a proposed agreement for a new, enclosed stadium, which will be discussed by Metro Council and the Sports Authority in coming weeks.

“We envision a potential new stadium that makes our community proud and enhances the reputation of our great city and state,” said Titans president and CEO Burke Nihill. “We’re focused on designing a stadium capable of hosting a prestigious international event on a Sunday and a steady flow of impactful community programming later that same week. This is a building that would serve Nashville and Tennessee for generations.”

The stadium designs were created by MANICA, a Kansas City-based architecture firm that has worked on projects such as Allegiant Stadium in Las Vegas and Chase Center in San Francisco. The team commissioned MANICA to produce the concepts in order to inform site planning and cost estimates.

Hastings, a Nashville-based architecture firm, also participated in the design work, with a particular emphasis on reflecting Nashville’s spirit and character, and a focus on seamlessly integrating the building into the proposed neighborhood surrounding the stadium.

The stadium architecture is inspired by the city of Nashville and is planned to be complementary to the broader East Bank development plan led by the City. The design gave specific attention to multi-purpose function, in order to maximize the number and types of events that could take place in the building.

Key features of the design include:

Other features of the building not pictured include a 12,000 sq. ft. dedicated community space that could be utilized year-round for educational opportunities, non-profit events and other community-minded purposes.

The new stadium will set a goal of achieving a U.S. Green Building Council LEED Gold certification. The Titans have not yet selected an architect of record for the building. A full architectural design process would begin at a later date. For more information, visit tennesseetitans.com/new-stadium. 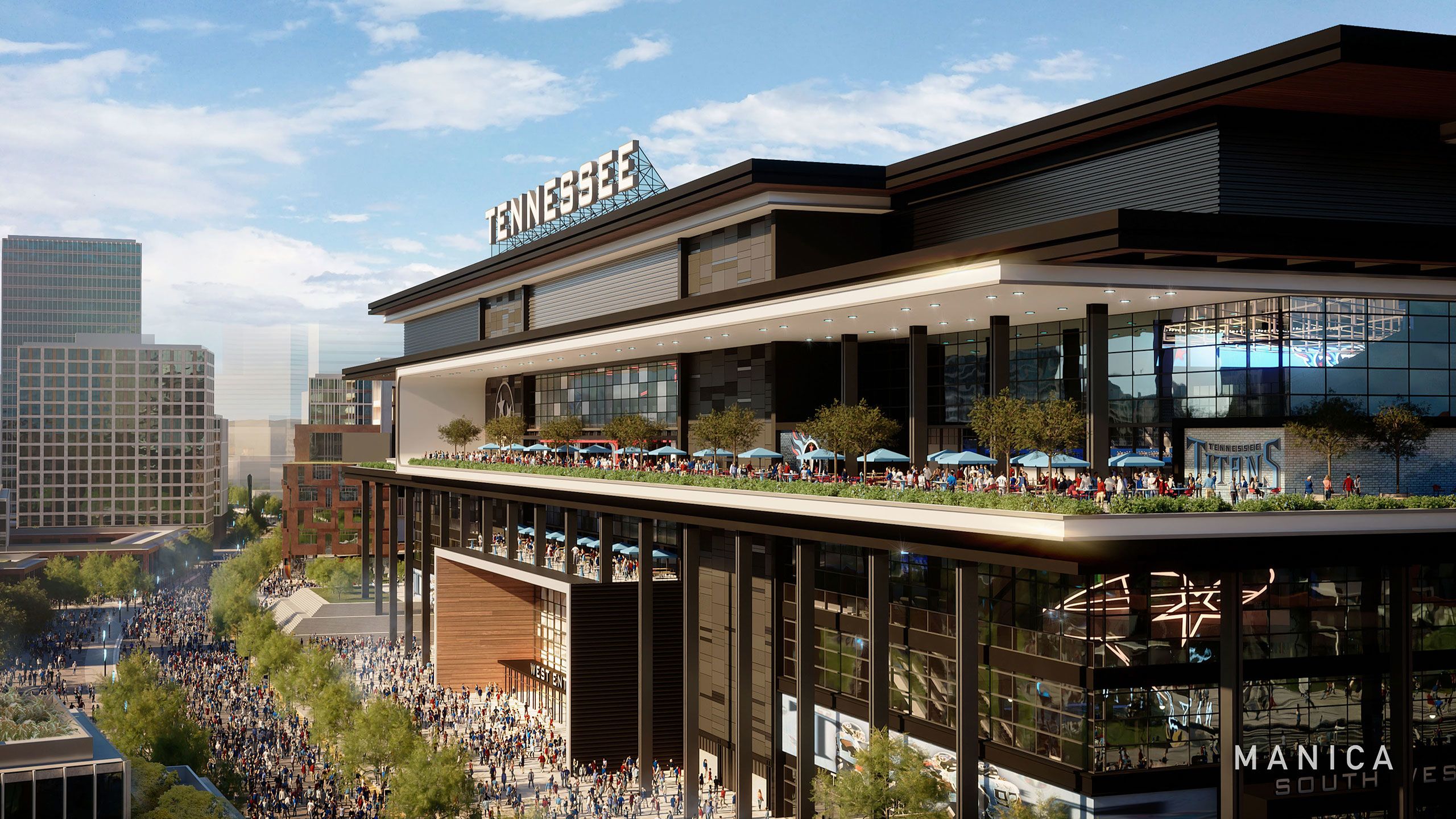 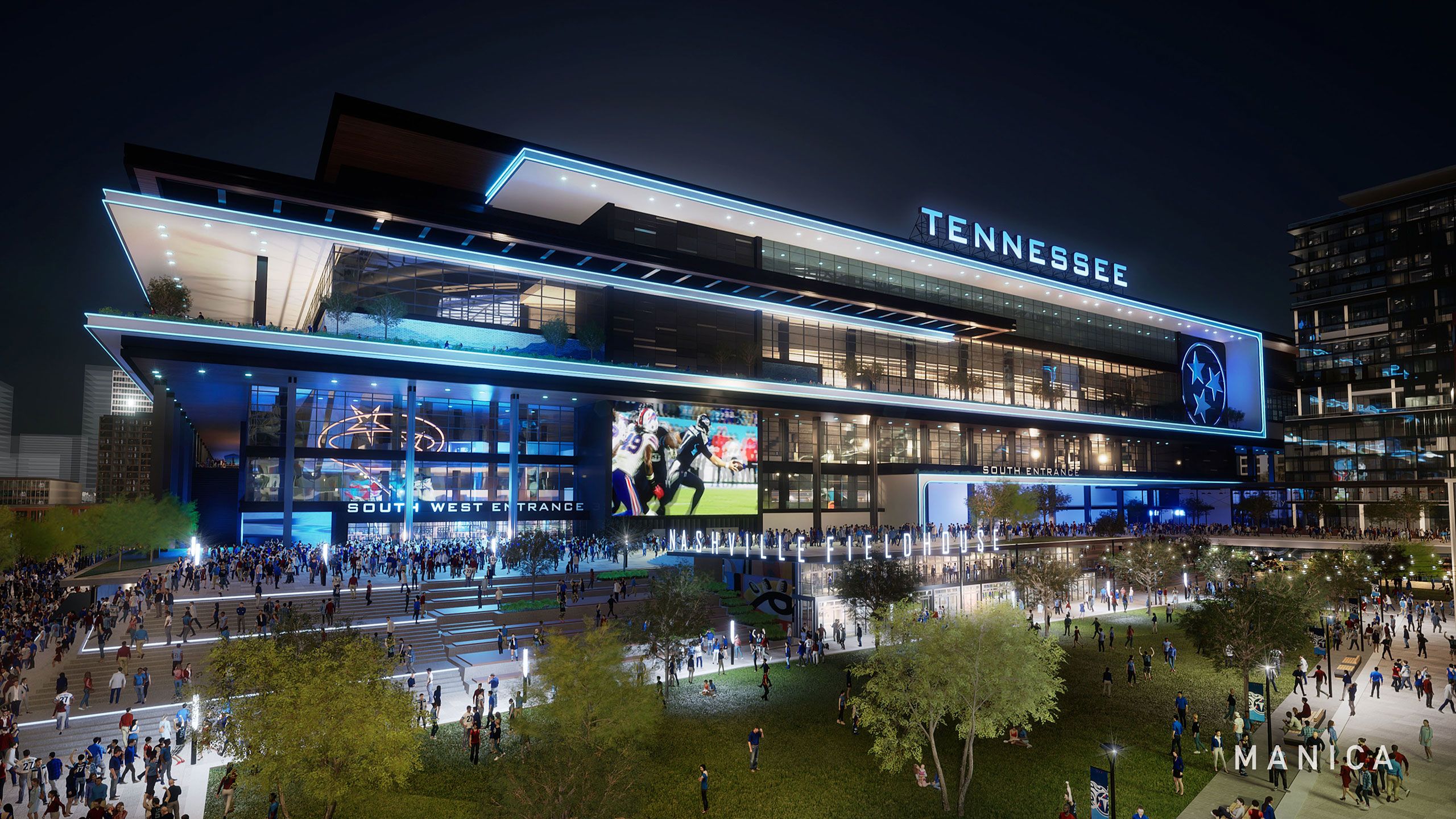 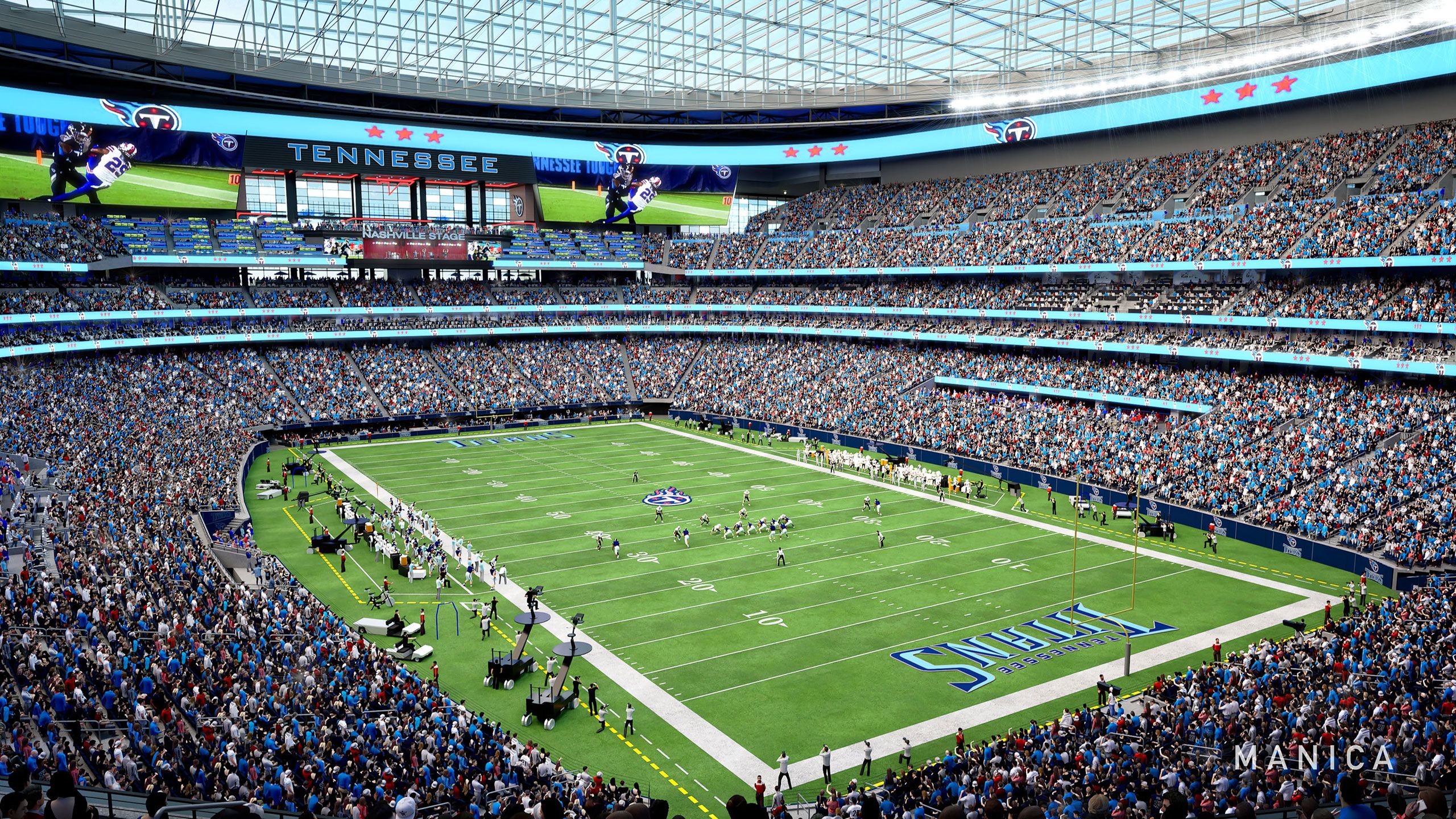