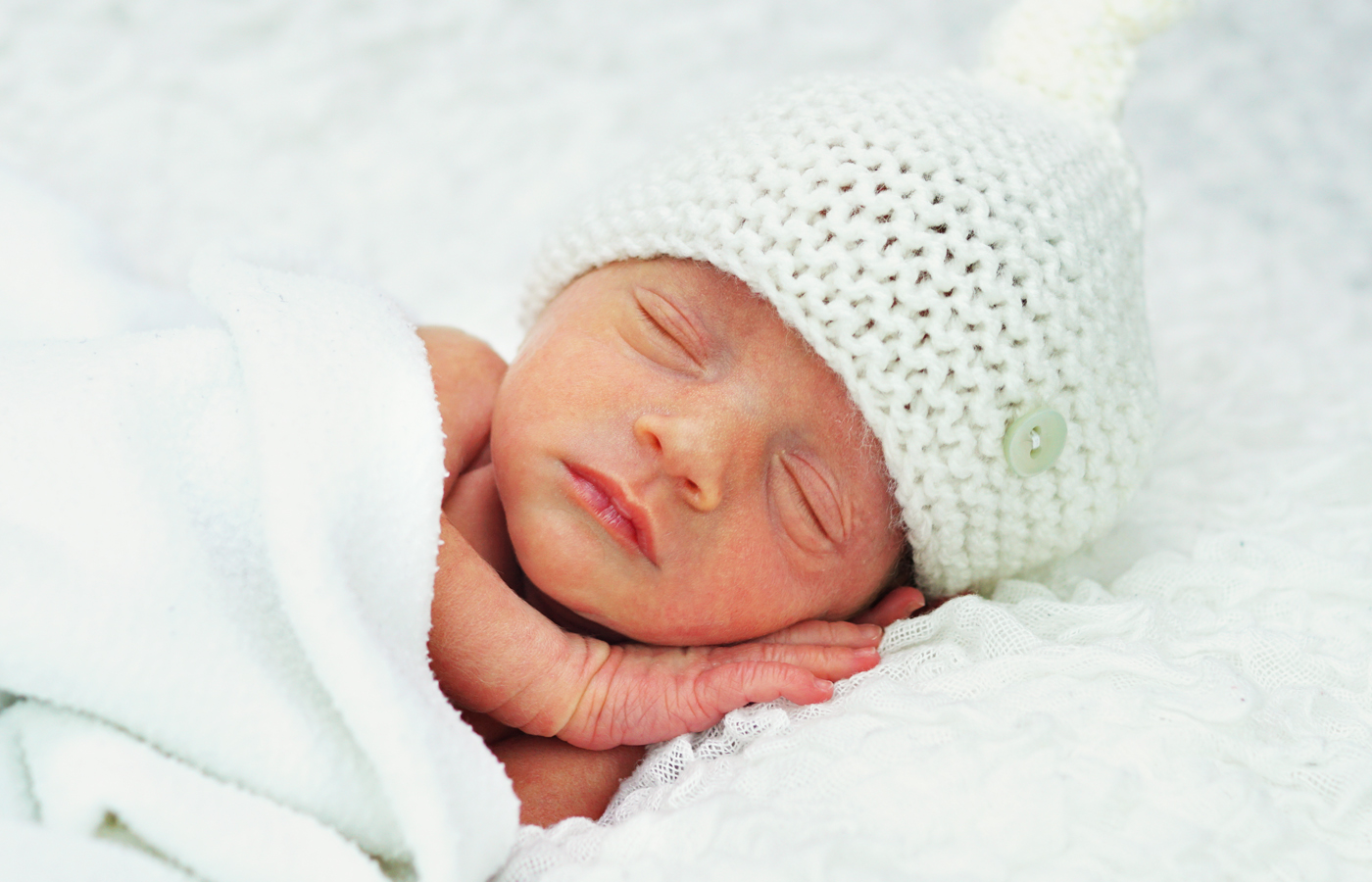 Parents anxiously look forward to their nine month due date, dreaming of taking home a healthy, chubby infant a few days after the big arrival. But the truth is, about 420,000 preemies arrive each year. Although there are risk factors like cervical incompetence, preeclampsia, diabetes and smoking during pregnancy that increase the chance of preterm birth, almost half of women who deliver early show no signs of a problem.

If taking care of a full term infant is a lot of work and worry, imagine the stress of caring for a fragile being who fits in the palm of your hand and who may require medical assistance to eat or even breathe. Parenting a preemie is a scary, tumultuous experience, but it's a temporary trial that usually ends with a healthy baby going home with his proud parents. Here's just a glimpse of what to expect if life delivers you a preemie.

New parents often experience an onslaught of emotions, ranging from elation and pride to shock and fear. Those feelings are multiplied and magnified with the birth of a premature baby, and they can last much longer. Elizabeth Cannady of Franklin, whose water broke at 30 weeks and who delivered son Anderson at 34 weeks, says, "The emotional toll was the most difficult for me. I was recovering from a C-section, going home without my baby and spending the major part of my day in the NICU (neonatal intensive care unit) waiting to nurse and visit him. There were lots of tears and exhaustion."

Realize that's it's perfectly OK to be disappointed that the birth didn't go off as planned or sad and angry that your child is ill. It's also common to be relieved that your baby isn't as tiny or weak as other preemies in the NICU. All of those emotions are normal, and it can be helpful to express them; either to friends and family, to a counselor or even silently in a journal documenting the first year of your baby's life.

The good news is that nine out of 10 premature babies survive and go home with their parents. The bad news is that most have medical problems that must be resolved before they can leave the hospital. The list of potential preemie conditions is lengthy, but some of the most common issues include: Respiratory Distress Syndrome (RDS), apnea (when a baby stops breathing), jaundice, anemia (low blood iron) and infections. Some babies require surgeries to close heart valves or bowels, and others require supplemental oxygen or a ventilator to breathe. As frightening as these conditions sound, they are temporary and treatable.

Expect to Spend Time in the NICU

The NICU is initially intimidating, but soon becomes a home away from home for many parents. The tubes and sensors attached to a preemie may make it look as if he's sicker than he really is, but the apparatus is there to provide extra oxygen to immature lungs or intravenous antibiotics to prevent infection. Despite the gadgets and gear, most parents are able to hold, feed and change their newborns as they continue to grow and develop in the safety of the hospital setting.

Besides learning about the machines and medications, parents of preemies get to know a host of new people in the NICU, too. Neonatologists are physicians who specialize in newborn intensive care. They're assisted by fellows and residents; fully qualified doctors who are undergoing further training in pediatrics. Neonatal nurses are a parents' lifeline of information, and many parents form strong bonds with their baby's nursing staff.

These angels provide round-the-clock personalized care to each preemie, making sure each one is fed, changed, medicated and content. They also carefully watch each monitor and machine and provide the doctors and parents with progress reports any time of the day or night. Many NICUs also employ social workers who provide emotional counseling, financial advice and tips to prepare parents for their little one's homecoming.

Being held and cuddled is crucial to all babies' growth. It's so important that some hospitals enlist teams of volunteers to simply hold and rock infants throughout the day. Most parents, however, are all too eager to do this themselves. Kangaroo Care, as it is often called, simply means holding your diaper-clad baby to your naked chest to maximize skin-to-skin contact. Covered with a blanket for warmth, parents and babies rock, sing, talk and sleep together for hours at time. It's a time of comfort, bonding and love for both cozy participants.

Preemies are special people with special needs during those first shaky months. For instance, many babies are born before their bodies develop the sucking reflex needed to eat on their own which means breastfeeding moms must pump their milk and have it delivered to their infant via a gastrointestinal tube inserted in the baby's belly or dripped in through a tube in his mouth.

Doctors highly recommend breastfeeding for preemies because pre-term mother's milk is perfectly tailored to the unique needs of a premature baby. It contains high concentrations of antimicrobial agents to protect against infection, is low in fat and extremely easy to digest, which is important for infants with underdeveloped bowels and weak organs. Pre-term milk is even higher in calories, vitamins and protein than regular breast milk.

Once a baby can maintain her own body temperature, eat and breathe on her own, she's ready to leave the NICU and join the real world. She'll need special clothes and diapers to fit her tiny frame, but they're not difficult to find. Wal-Mart carries a line of preemie clothing, as does Baby Gap. There are numerous online stores like preemie.com and ittybittybundles.com that specialize in outfits for the smallest babies and even have matching sets for premature twins and triplets. Pampers (pampers.com) and Huggies (huggies.com) both make preemie diapers that are available in many grocery stores. Or you can order them by calling 800-886-4354 (Huggies) or 800-543-4932 (Pampers). Delivery takes about a week, so plan ahead while you're still in the NICU or ask the hospital for some diapers to tide you over before you go home.

Car seats are another consideration. One in five premature babies has difficulty breathing in a car seat because their heads fall forward or sideways in the seated position. Some hospitals require preemies to pass a car seat breathing test before they're allowed to go home, but even if she passes her test, you might want to consider tilting the seat to its fullest reclining position, propping and supporting her tiny body with rolled up towels or investing in a car bed that allows her to travel while lying down. Car beds are available by calling Cosco at 800-544-1108.

Just as a 9-month-old baby can do more things than a 3-month-old, a baby who spent 40 weeks in utero will be more developmentally advanced than one who only spent 32 weeks maturing inside his mother. Developmental delays during the first two years of a preemie's life are to be expected. Premature babies usually hit milestones like sleeping through the night, eating solid foods, crawling and talking later than their full term peers.

Rather using a child's true age to gauge development, doctors subtract the number of weeks of prematurity to get an adjusted age for a more accurate assessment. For instance, a 7-month-old born two months prematurely has a corrected age of 5 months and may behave more like a 5-month-old. But every child is different. Cannady says, "We were told to expect a 6 week delay, but in some cases he was several months behind. I threw away the developmental baby books – they just made me nuts!"

She reminds parents that they are their child's best advocates and to make sure their concerns are heard and addressed. At the Cannadys' insistence, their son Anderson is now receiving speech and occupational therapy. "We have been so pleased with his progress," says Elizabeth, "and we are glad we pressed the pediatrician for intervention."

Know You'll Get Through It

Despite entering the world smaller, weaker and more vulnerable than most newborns, preemies are fighters who almost always overcome the hurdles of their first few months. Raye-Ann deRegnier, M.D., an attending neonatologist says, "Eighty-five percent of premature infants have catch-up growth and land on the regular growth chart by age 2." Andrew Whitelaw, M.D., a professor of neonatal medicine at the University of Bristol, England and an international expert on the development of premature children says that most premature babies "have no ongoing problems at all, or if they do, they tend to be very short term."

If the unexpected happens to you or someone you know, take heart in the fact that things will get better a little at a time, and that the best things come in small packages 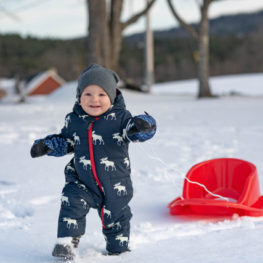 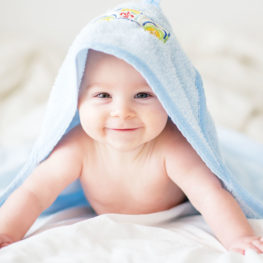 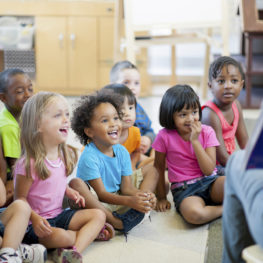